END_OF_DOCUMENT_TOKEN_TO_BE_REPLACED

The United States is the number one debtor nation in the world, and the United States currency is the main global currency.  U.S money states, “In God We Trust.” Which God does she trust? The God of Mammon. Scripture says, “You cannot serve God and Mammon.” Money is, “the God of this age.” It is, “the root of all evil” and the place where Satan’s seat is. Satan carries out his exploits worldwide with this money.

The U.S. lost her sovereignty when the constitutional mandate for Congress to coin and regulate money was usurped in order to establish the Federal Reserve Act and empower a private group of people to regulate her money. The U.S., being saturated with debt, now imposes this debt based system upon the nations of the world.

You see nations only have to borrow money if they have zero assets and no trade. Currency, rightfully used, only represents the assets owned. It is a lie that countries need to borrow money to play in the game of world trade.

If an individual in Africa, for example, took bags of diamonds into the   U.S. to sell, they would get money. However, for countries to sell over their own borders they have to borrow the cash to negotiate the trades. This is oxymoronic. But this is the way Global currencies work. This is how the people of the world are shackled to debt. This is what a fiat currency is.

Why do we have to get permission and go into debt to print our own money to conduct the transaction of trade and selling assets? The answer is you shouldn’t. At least not in God Almighty’s economy but only in Satan’s.  Why then can we not just forgo the currency transaction and go back to trading assets for assets? Because that would offend the money brokers who profit off of all trading. Here is their power structure

The Federal Reserve Act of 1913

The United States Congress was responsible for coining and regulating currency as outlined by its’ Constitution. This responsibility was usurped when Congress was forced to vote on the Federal Reserve Act of 1913 during a Christmas session before they could go home for the holidays, without having proper time to read it. It was slated to be a government run program, but little did Congress know they had just empowered a small group of people with whom the U.S. would be forever indebted. Article 1 Section 8 of the Constitution was abridged, outlining that Congress is, “To coin Money, regulate the Value thereof, and of foreign Coin, and fix the Standard of Weights and Measures.” The yearly stipend the United States pays to this private group today is nearly 6 billion dollars.

Later, through the Bretton Woods Act of 1944, the International Monetary Fund (IMF) and the World Bank were created to provide consistent money for the nations of the world by being attached to the Federal Reserve’s currency called the U.S. dollar. At this time the U.S. dollar was backed by gold to give it value.

With President Nixon in 1971 the gold standard was removed from the U.S. currency in an effort to infuse all these other nations with the debt based U.S. dollar shackling them with growing debt. Just look at the global debt clocks around the world to see all the nation’s growing debt.

Global currencies are controlled by a private group of people who own the Federal Reserve, the IMF and World Bank, and are backed up by nothing but debt and paper. Burnable paper creating debt to consume the consumers. This current system must return to an asset based currency or the users will be consumed by total debt. This is the plan of this private group.

It works like this. A country’s leader asks the world bankers for a trillion dollars. The bankers say, “Do you have the paper and ink to print it?” They say, “Yes.” “Do you have the printers and the workforce”? They say, “Yes.” “Do you have the buildings and distributing methods?” The answer is yes. These bankers then say, “Okay, but you owe us compounding interest for it.” In other words, the bankers gave that country something they already had, something they didn’t have to borrow. Paper, ink, printers, workforce, the buildings and the distribution means. The bankers get ongoing, growing dividends of the currency that was just created out of thin air. Who gave them permission?

Enforcement of the Global Currency

To impose this power on other nations they use the U.S. military.  This is the strong arm which this private group uses to force other governments to comply with their money schemes, or become further extorted, impoverished and war torn. Their tools are sanctions, tariffs, trade barriers, terrorism and acts of covert undeclared war. This is criminal to do but nonetheless the U.S. has her agencies. Just look at the Office of Foreign Assets Control (O.F.A.C.) and see what they do to nations that do not comply.

END_OF_DOCUMENT_TOKEN_TO_BE_REPLACED

“And I saw a woman sitting on a scarlet beast which was full of names of blasphemy. And on her forehead a name was written:  MYSTERY BABYLON THE GREAT, THE MOTHER OF HARLOTS AND OF THE ABOMINATIONS
OF THE EARTH.” 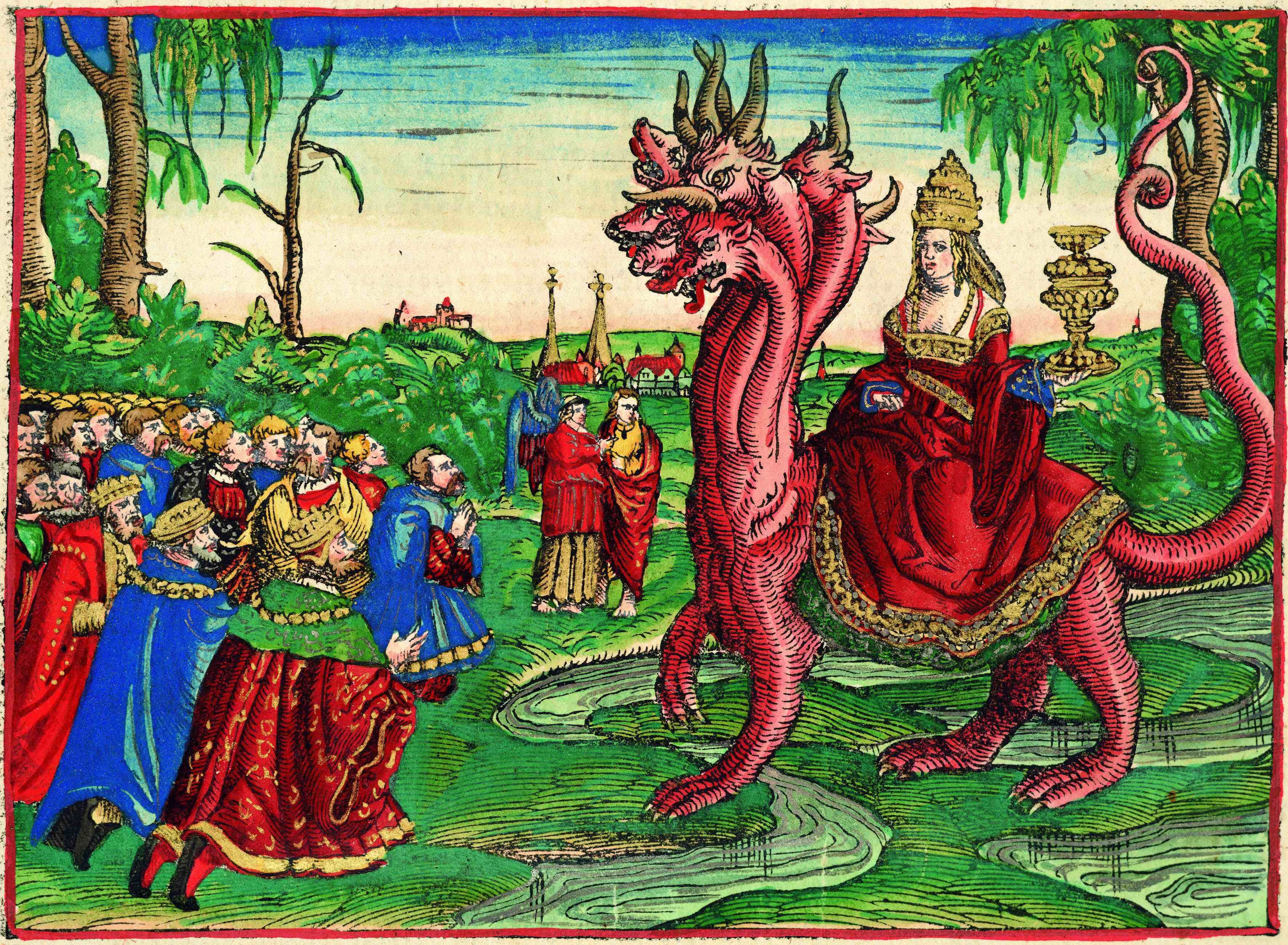 For God has put it into their hearts to fulfill His purpose, to be of one mind, and to give their kingdom to the beast, until the words of God are fulfilled.

Before she was called “Mystery Babylon” she was bequeathed to the Lord and dressed in fine attire. She was “endowed by our creator with certain unalienable rights”, but she has gone after the endowments of another called the counterfeit and the anti-christ. She gave into the delicacies that he provides. In this way he is in control, and that is why he is called “the beast”.